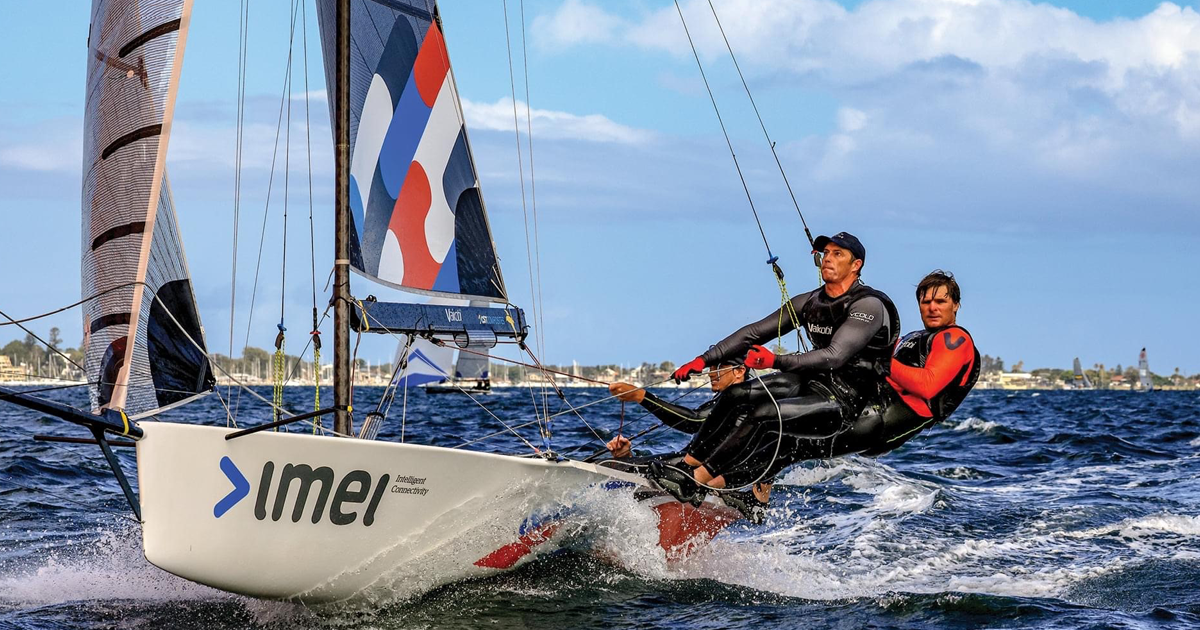 The imei 16ft skiff team has reached half way through the racing season with some outstanding highlights to celebrate thus far.

Rob Napper, the teams forward hand provided us with an update on their achievements going into the final half of the season.

"We've hit the halfway mark of our club racing and have just completed the two major Championships for the season being the NSW and Australian Titles.

We managed to win the NSW Championship in November - Read Manly 16's article.

And we just came agonisingly close to also claiming the Australian Championship at Belmont on Lake Macquarie last week (photos below).

Our skipper Dave O'Connor was a late withdrawal from the event, being based in Byron Bay his wife was overdue with their second child. We were very fortunate to have Dave Gilmour fill in, who is an exceptional yachtsman, originally from Perth now based in Sweden to pursue the professional sailing circuits in Europe. Dave was in Australia to compete in the Sydney to Hobart and made himself available for us after that event.

We only met Dave two days before our regatta and had two training sessions leading into the event so to be able to build that combination in such a short period of time and finish 2nd overall (just 1 point behind the winners!) was a huge achievement in a fleet that consisted of:

Thanks as always for the ongoing support, I'll keep you updated as we work through a couple more minor championships through the back end of the season."